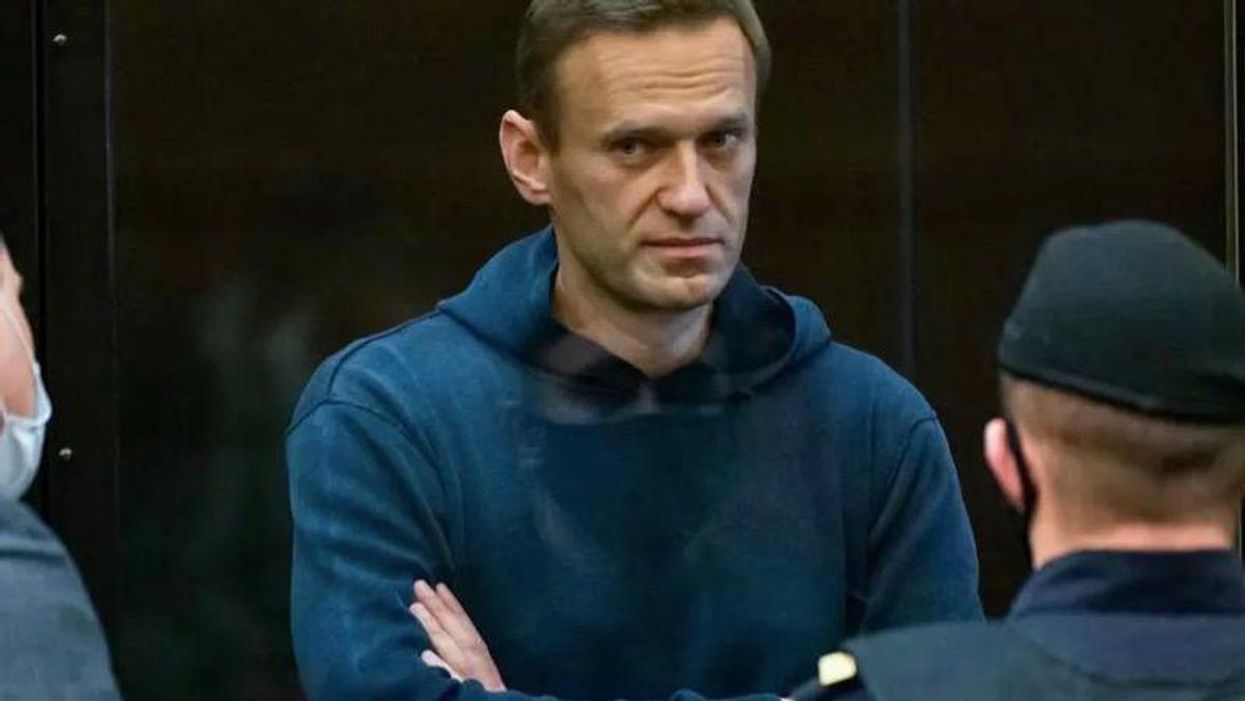 Kremlin critic Alexei Navalny, who is serving a two-and-a-half-year jail term in a penal colony outside Moscow, on Monday compared his daily routine in prison to that of a stormtrooper in Star Wars.

In a post on Instagram, the 44-year-old opposition politician described two parts of his early morning routine that he said he “adores”.

The first, he wrote, comes shortly after prisoners are awakened at 6:00 am.

The convicts are immediately taken to the prison yard, Navalny said, where they prepare for morning exercises by listening to the Russian national anthem over loudspeakers and a voice that yells: “All hail our free Fatherland!”

Then the prisoners begin marching in place, a part of the routine Navalny wrote that, at his suggestion, “everyone in my squadron is calling ‘The Empire Strikes Back'”.

“At this moment, I imagine that I’m filming a Russian remake of Star Wars, where instead of imperial stormtroopers there are prisoners in pea jackets and hats with earflaps,” Navalny said.

“Defending the interests of the Emperor, space prisoners travel from planet to planet, suppressing the rebels. But wherever they are, at exactly 6:05 am they listen to the anthem, at 6:10 am they do exercises,” he added.

The anti-corruption crusader’s comments were the second time he has made a statement since he confirmed that he would be serving his sentence in one of the most notorious facilities in Russia’s extensive network of over 600 labour colonies.

In his first Instagram post from prison one week earlier, Navalny wrote that he was locked up in a “real concentration camp”.

Earlier Monday a Russian military court rejected Navalny’s complaint over a lack of a criminal investigation into his poisoning.

The Kremlin critic has accused Russian investigators of not launching a probe to find those responsible for an attack on him with the Soviet-era nerve agent Novichok in August last year.

Navalny says the poisoning was carried out on the orders of President Vladimir Putin, a claim the Kremlin has repeatedly denied.

After spending months in Germany recovering from the attack, Navalny returned to Moscow in mid-January and was immediately detained by authorities on charges of violating parole while abroad. He was sentenced to jail time in February.

In both of his Instagram posts from prison, Navalny has projected an air of optimism, ending Monday’s with “May the force be with you!” and a winking-face emoji.