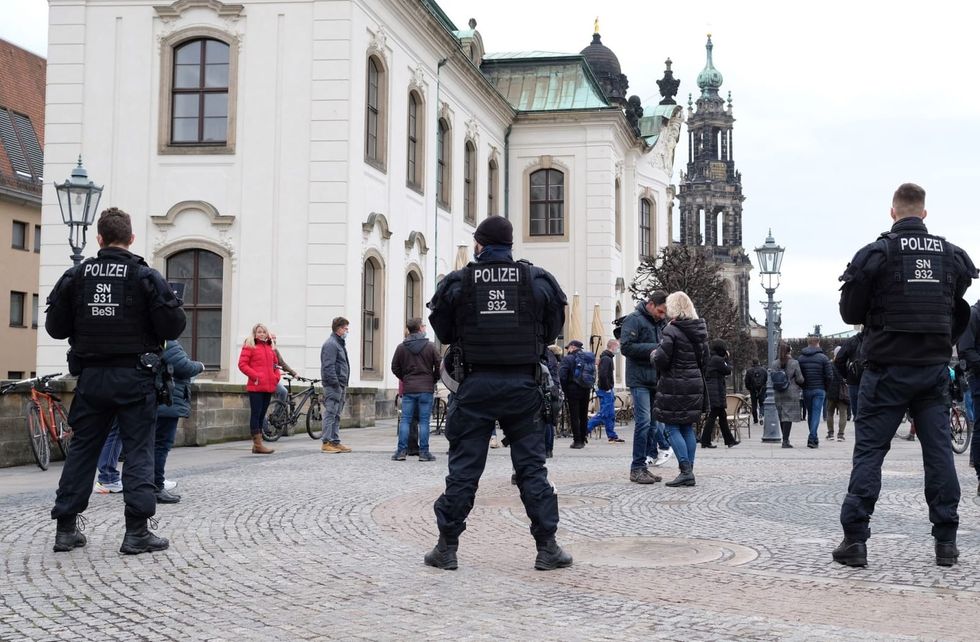 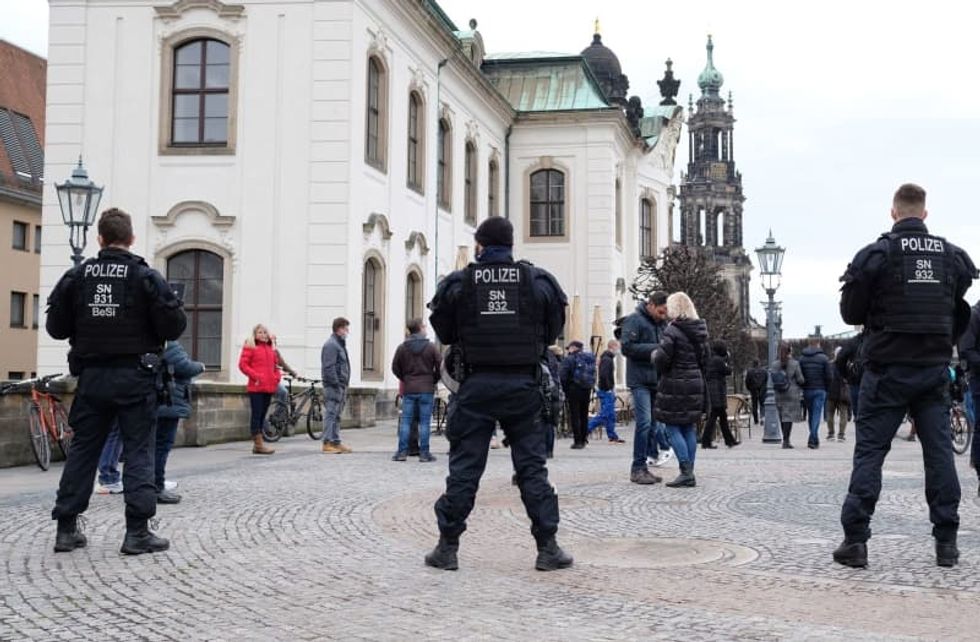 Protest against coronavirus rules remains banned in Dresden – Police officers block off the Bruehl Terraces during a major operation against Coronavirus demonstrations. A German court has confirmed the ban of a rally by the Querdenken (Lateral Thinking) movement in the eastern city of Dresden, planned for Saturday – Sebastian Willnow/dpa-Zentralbild/dpa

German courts have confirmed bans on rallies by the Querdenken (Lateral Thinking) movement planned for Saturday in Dresden and Stuttgart.

The movement, which is largely made up of Covid-19 deniers, right-wing activists and anti-vaccination campaigners, has held mass protests in the past that frequently defied the regulations implemented to halt the spread of the coronavirus.

A spokeswoman for the Higher Administrative Court in Saxony, of which Dresden is the capital, explained on Friday evening that the court found the planned rallies posed unacceptable risks for participants and passers-by.

The city administration also expects that less strict measures, such as limiting the number of participants, will not be effective, as in the past organizers had not ensured compliance with the hygiene regulations.

The decision of the Higher Administrative Court cannot be appealed, and all planned alternative events also remain prohibited. Dresden also banned a rally of the far-right Alternative for Germany (AfD) with around 500 registered participants.

Meanwhile, the Constitutional Court confirmed a ban of a similar event planned in the south-western city of Stuttgart, according to a court spokesperson.

Despite the bans, police in Dresden and in Stuttgart are preparing for large-scale operations.

Over Easter, some 15,000 people had marched at a demonstration called by the Querdenken movement in Stuttgart, without keeping distance or wearing masks.

Saxony’s Premier Michael Kretschmer on Saturday sharply criticized the movement and also the far-right AfD for spreading “woozy conspiracy theories” about the pandemic and hampering the government’s efforts to contain the pandemic.

He said he understood that many people are feeling a psychological strain, but said the third wave of infections needed to be broken. “It is clear that we cannot continue with the current dynamic,” Kretschmer said.

Meanwhile, drivers of camper vans were due to stage a protest against restrictions on camping in Germany in Berlin on Saturday.

The protest is expected to include around 700 camper vans and caravans, which plan to drive from the Olympic stadium to the Reichstag, the parliament building.

The campers are demanding the reopening of campsites and camping parking spaces, which are currently closed as part of measures to contain the pandemic. Wild camping is not allowed in Germany.

“Camping with social distance is the best, safest and most contact-free form of recovery for our families,” the organizers said.

“The long restrictions of the current lockdown are eating away at the people and families, many are longing for opening steps,” they added.

The protesters called for safe spaces to give families air to breathe, which was possible in nature.