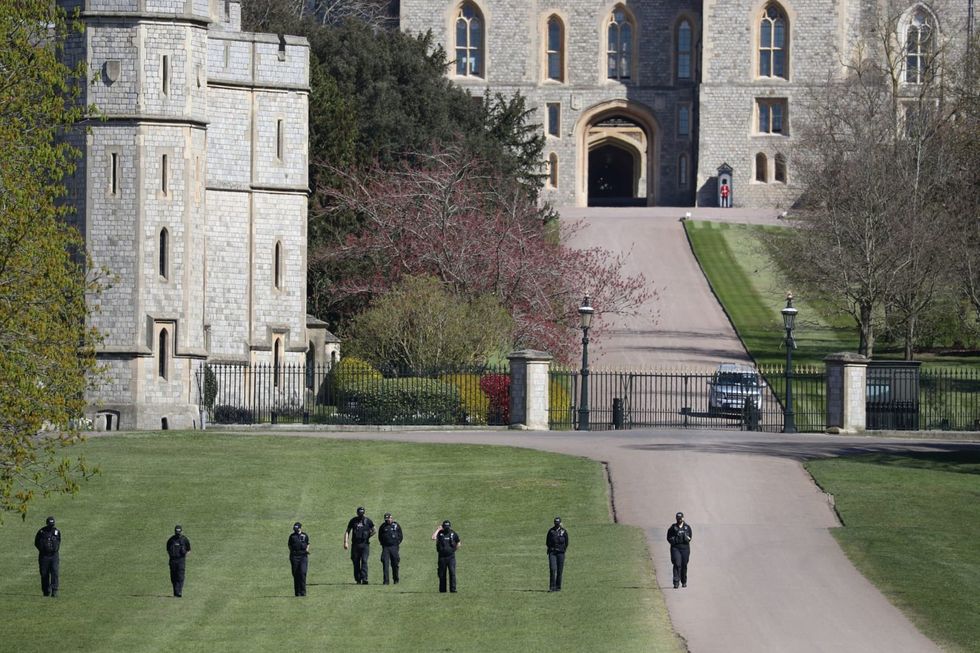 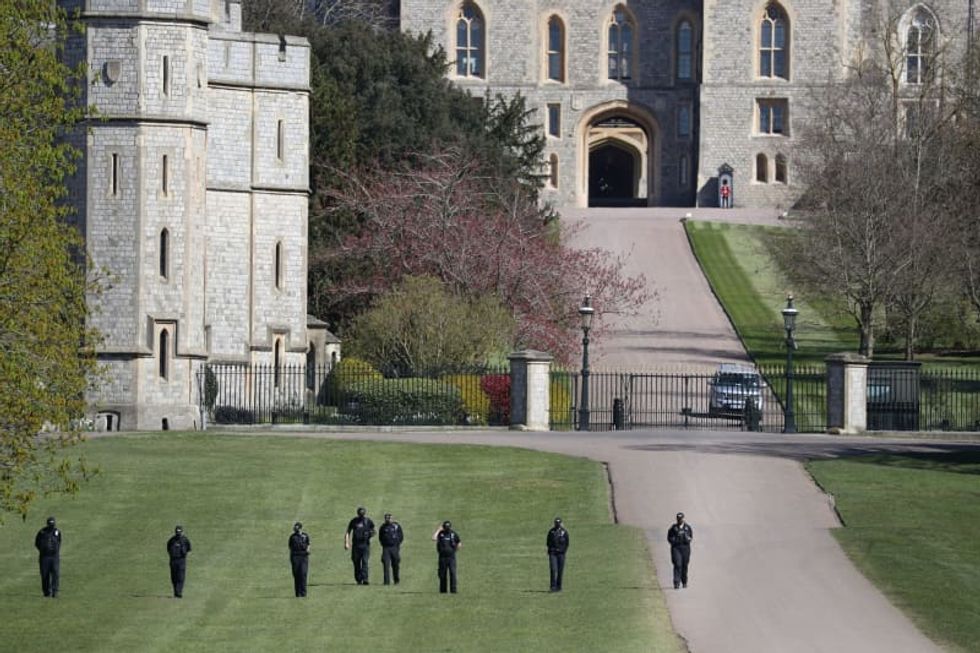 Duke of Edinburgh funeral in England – Police officers Police officers conduct security checks outside Windsor Castle ahead of Prince Philip, the Duke of Edinburgh, funeral in St George’s Chapel. In line with health regulations currently in place in England, only 30 guests will attend the funeral service, most of them members of the Royal Family. – Andrew Matthews/PA Wire/dpa

Final preparations were under way for the funeral of Prince Philip, who is due to be laid to rest at Windsor Castle on Saturday afternoon in a small family affair due to Covid-19 restrictions.

The funeral is set to begin at 1340 GMT with the coffin leaving the castle, followed by a funeral march and a minute of silence nationwide, according to Buckingham Palace.

In the order of service, music by composer Johann Bach and organists Sir William Harris and Louis Vierne will play, as members of the royal family enter St George’s Chapel.

Several readings are being given by high-ranking Anglicans, the dean of Windsor and the archbishop of Canterbury.

The prince, who was also known as the duke of Edinburgh, had a hand in his own funeral preparations, requesting specific prayers and readings to be given during the service.

They include Psalm 104 set to music by William Lovelady, which echoes a similar performance given on Philip’s 75th birthday.

A recognition of the duke’s creativity and a remark he once made to Queen Elizabeth II has also been honoured as his coffin is brought to the chapel in a Land Rover Defender.

The car, which the duke spent 18 years modifying to be able to hold his coffin, is a TD5 130 model, which has been repainted military green as a marker for his time in service.

It has been included as a result of him once telling the queen: “Just stick me in the back of a Land Rover and drive me to Windsor.”

After a service at St George’s Chapel, held by the dean of Windsor, the archbishop of Canterbury plans to give the blessing after the coffin has been lowered into the royal vault.

In line with health regulations currently in place in England, only 30 guests are to attend the ceremony, most of them members of the royal family.

Queen Elizabeth II, the couple’s four children, eight grandchildren, the queen’s niece and nephew and three of her cousins are all due to attend the service on Saturday.

In addition, the prince’s German relatives Bernhard, hereditary prince of Baden, Prince Donatus, landgrave of Hesse and Prince Philipp of Hohenlohe-Langenburg are expected to be in attendance.

The countess Mountbatten of Burma, a close friend of Prince Philip, is also expected at the service.

Some of the spouses of the queen’s children and grandchildren have been included on the guest list.

But Meghan, the duchess of Sussex and Prince Harry’s wife, is not going to the funeral due to her pregnancy.

The funeral is being broadcast live on television.

Ahead of the service, police have begun patrolling the streets of Windsor to try and prevent members of the public from attending the event.

People have largely stayed away from the castle so far, according to local reports.

Some Britons however have been seen laying flowers at the gates of the palace ahead of the service.

Road signs have been placed in the area which read: “Avoid all non-essential travel and do not gather at royal residences.”