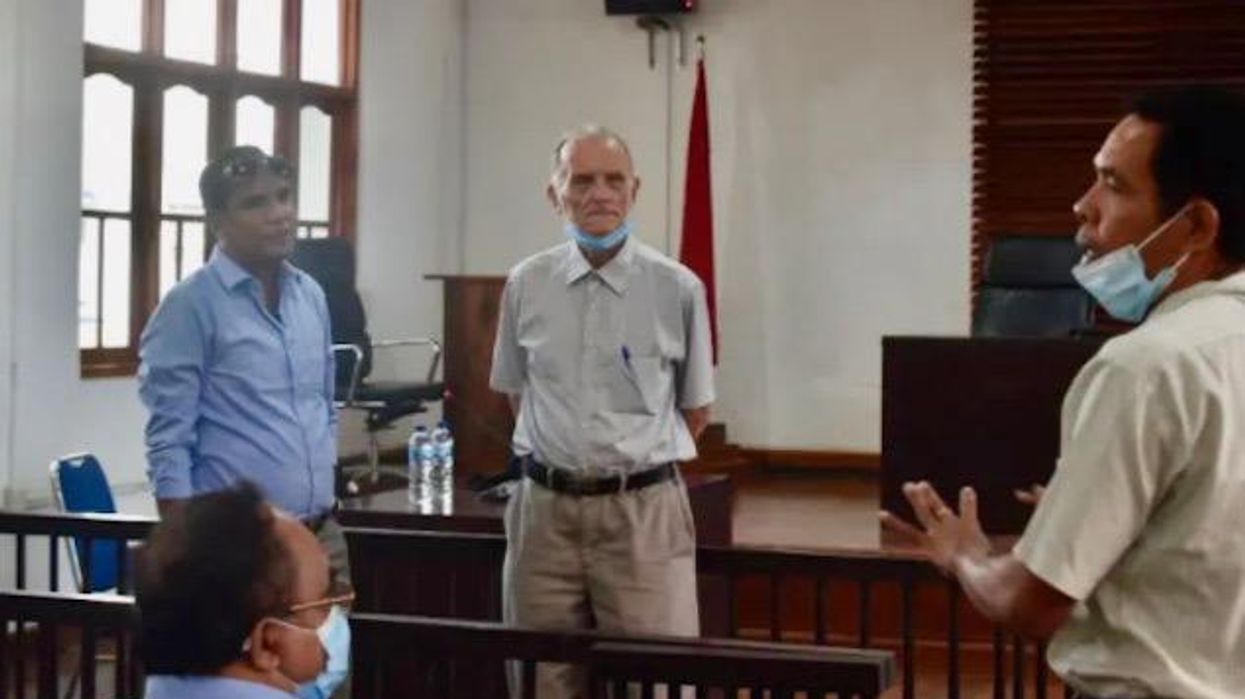 A defrocked American priest accused of molesting girls for years at an East Timor shelter has gone on trial in a case that split the overwhelmingly Catholic country.

Richard Daschbach, 84, faces sexual abuse, child pornography and domestic violence charges and could be jailed for up to 20 years if convicted of crimes linked to an orphanage he founded in the early 1990s.

The case has sharply divided the Southeast Asian nation, where Daschbach was once revered for providing food, clothing and housing for hundreds of orphans and impoverished children.

After several postponements, the hearings started on Wednesday with Daschbach taking part via videolink from Dili.

But on Thursday the trial was adjourned again until early July at the request of the defence, which invoked technical problems.

At least 15 women expected to testify have come forward so far to report they were abused as children, with fears that many more were molested at Daschbach’s Topu Honis Shelter in the enclave of Oecusse.

The church is a powerful and respected institution in East Timor, where around 97 percent of its people are Catholic.

It was the only source of protection during a brutal occupation by neighbouring Indonesia from 1975 to 1999, in which nearly a third of the population was wiped out.

Daschbach was defrocked by the Vatican in 2018 but details of his alleged sexual abuse were only disclosed the following year after the case was reported by a local news outlet.

Catholic officials in the capital Dili said earlier this year that he was dismissed because he had admitted to the “heinous crime” of abusing minors.

He has nonetheless maintained broad support, including among some members of the political elite, for his unwavering support of the resistance movement that fought to win independence from East Timor’s giant neighbour.

Many devout Timorese have cast doubt on the horrific abuse claims and most alleged victims don’t want to be identified, fearing retribution in the former Portuguese colony.

Among his backers are independence hero Xanana Gusmao, the country’s first president, whose support for Daschbach has put him at odds with his own family.

Gusmao’s children are among those who have publicly supported the victims, and questioned their father’s backing of a man facing charges that include rape and forced oral sex.

One alleged victim, who lived at the shelter for eight years, said details of Daschbach’s alleged crimes must be heard.

“We hope the trial gets at the truth so we can be free to move on with our lives,” said the woman, who asked not to be identified.

“The victims know what happened. We experienced it ourselves.”

The ex-priest, who has lived in East Timor since the mid-1970s and is currently under house arrest, is also wanted in the United States on several counts of wire fraud, according to Interpol.

This week’s trial had been postponed several times due to pandemic travel restrictions, with Daschbach’s lawyer Miguel Acacio Faria citing his inability to attend in person.

After the latest postponement, Maria Agnes Bere from JU,S Juridico Social, which is representing the women, protested.

“There has been too many postponements and always at the request of the defence. Once again, the inferior and discriminatory position of the female victims is evidenced,” she told AFP.

But Daschbach’s lawyer said holding the trial without him being present was “ineffective and violates our client’s rights”.

Earlier, another alleged victim said she and other girls at the orphanage were routinely forced to sleep naked with the former priest who would sexually abuse them.

The woman, who lived at the shelter as a 10-year-old, also recounted how Daschbach would feed the residents and paid their school fees but said the trial should focus on his sexual abuse.

“This doesn’t mean that we’ve forgotten his kindness,” said the woman, now in her thirties.

“But we also haven’t forgotten how he mistreated us.”