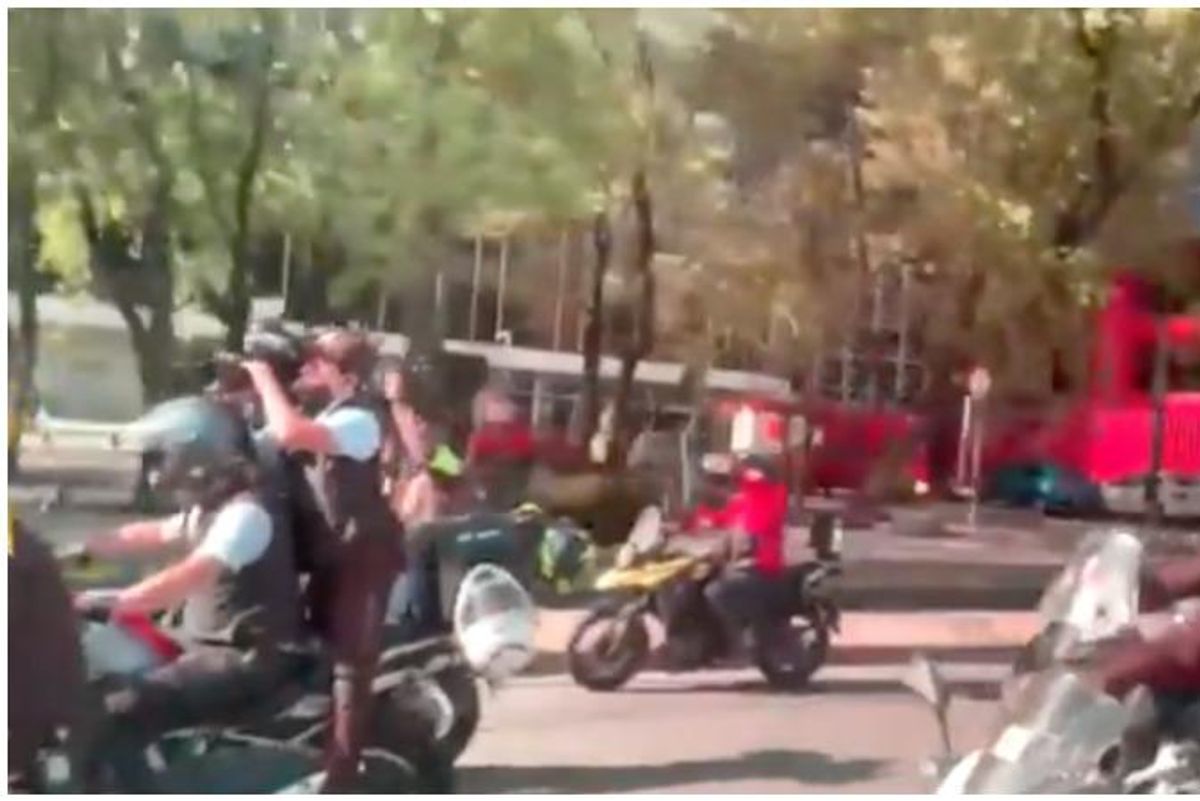 While traveling through Mexico City, Vice President Kamala Harris’ motorcade was swarmed by media crews, with even some camera operators standing on the backs of motorcycles to get a shot, TMZ reports.

Harris was in town to meet with Mexico’s President, Andrés Manuel López Obrador. The Vice President has been chosen by President Biden to lead the White House’s efforts to address the surge of migrants at the U.S.-Mexico border.

The Secret Service hasn’t released a statement on the incident and if any additional actions were taken to ensure the vice president’s protection in Latin America, though it’s rare for the USSS to release a statement on their process of protecting American leaders.

Watch the video below:

Tons of TV cameras are chasing the Harris motorcade in Mexico City. Some have live-stream equipment. https://t.co/8yYNfJ9XsB