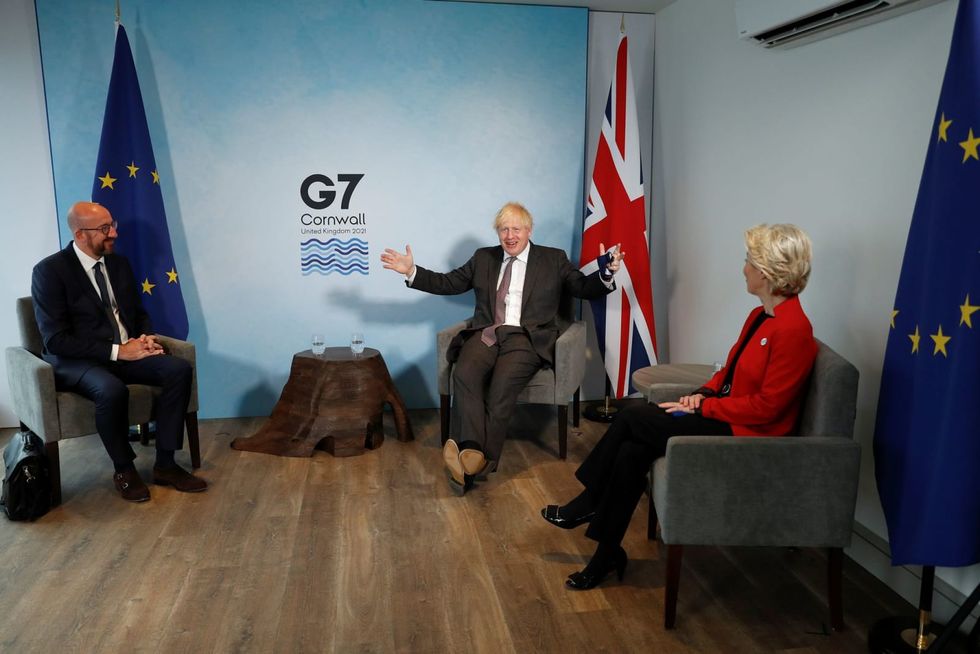 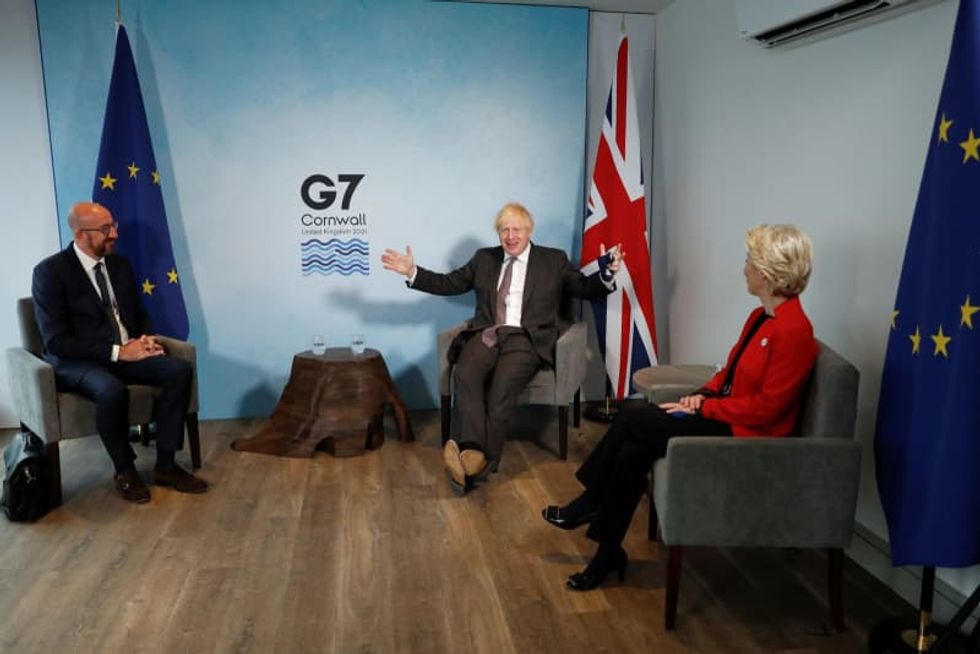 Top EU officials and French President Emmanuel Macron called on London to stand by its promises to Europe and respect relevant treaties during meetings with British Prime Minister Boris Johnson on Saturday.

“We negotiated a Protocol that preserves this, signed and ratified by Britain and the EU,” European Commission President Ursula von der Leyen and European Council chief Charles Michel said in identical tweets.

The two presidents met Johnson on the sidelines of the G7 summit in Cornwall in south-western England on Saturday.

“Both sides must implement what we agreed on,” they said, adding that there was “complete EU unity” on this.

Macron echoed the assessments, reiterating that Britain had to stand by the agreements, according to a statement by the Elysee Palace.

In a slightly more positive tone, Macron said in his own meeting with the British premier that he wants to reset Franco-British relations.

The comments come at a sensitive time: just a few weeks earlier, a fishing dispute between London and Paris escalated off the Channel Island of Jersey, which is a British crown dependency but not part of the United Kingdom.

While tensions have ebbed since then, disagreements remain between Britain and the European Union over Northern Ireland, with neither side satisfied with the implementation of trade arrangements in Northern Ireland since Britain’s departure from the bloc.

Brussels complains London is yet to put in place a number of checks on goods agreed by both sides as part of Britain’s withdrawal from the EU, while London accuses the bloc of inflexibility as it grapples with a major transition.

An EU official hinted at heated debates. The “rhetoric [needs] to be toned down and we need to actively look for the solutions which are in the protocol,” the official said on Saturday after the meetings.

According to the EU official, the EU did “understand the need for solutions,” while insisting that the agreements had to be implemented.

But Johnson’s official spokesman said a different approach was necessary, saying that the premier wanted to find “radical changes and pragmatic solutions.”

“We keep all options on the table,” he was quoted by Britain’s Press Association (PA) as saying.

“Currently as implemented, the protocol is having a damaging impact on the people of Northern Ireland. We need to find urgent and innovative solutions,” he said.

The G7 comprises the United States, Britain, Germany, France, Italy, Japan and Canada. The EU is also joining the meetings, which are due to continue through to Sunday.