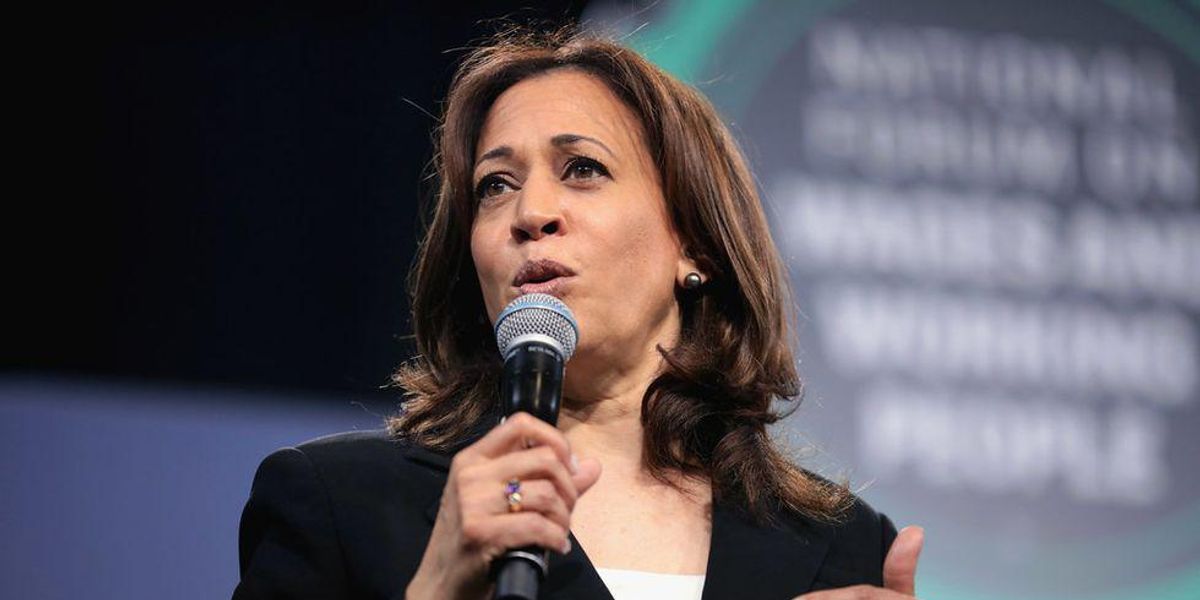 Originally published by The 19th

Vice President Kamala Harris on Monday urged would-be Guatemalan migrants not to come to the U.S. border illegally even as she expressed empathy for why they might make the difficult decision to flee their culture, their kin and the only home they have ever known.

“I want to be clear to folks in this region that are thinking about making that dangerous trek to the United States-Mexico border: Do not come. Do not come,” Harris said at a press conference with President Alejandro Giammattei of Guatemala as part of her first foreign trip as vice president. “We will discourage illegal migration and I believe if you come to our border, you will be turned back.”

Harris’ visits to Guatemala and Mexico are aimed at stemming the tide of migration at the United States’ southern border and will focus on several of the factors that lead migrants to flee their home countries, from poverty to food insecurity to corruption to economic instability.

Harris told reporters that she and Giammattei came to agreements on a range of issues. She announced a joint task force on smuggling and human trafficking and an anti-corruption task force to help Central American prosecutors, and confirmed that she is sending an initial 500,000 excess COVID-19 vaccines to Guatemala.

The two-day trip kicks off a busy June for Harris, who lacked a robust portfolio in her first 100 days, but has since simultaneously inherited some of the country’s biggest and most historically intractable challenges.

Last week, the vice president was deputized to lead Democrats’ fight against GOP voter suppression efforts at the federal and state level, and to address vaccine hesitancy and inequity as part of the president’s “month of action,” an effort to reach a 70 percent vaccination rate against the coronavirus ahead of the July 4 holiday.

In March, Biden tasked Harris with addressing the root causes of migration from Guatemala, El Salvador and Honduras — the so-called “Northern Triangle” countries — in her first specific assignment as vice president. He told reporters he could “think of nobody who is better qualified” to take on the issue, one of the administration’s hairiest and earliest challenges beyond the pandemic and economic recovery, climate change and racial inequality. Amid rising violence — particularly for women and children — and crushing poverty and other calamitous conditions, migrants are increasingly fleeing their home countries and have been arriving at the U.S. southern border seeking entry.

Harris has pledged to work with leaders of those countries, as well as the private and philanthropic sectors, to explore the reasons migrants make the dangerous journey north — but has also reiterated the administration’s stance that people should not leave their home countries for the U.S. border now.

In late April, Harris met virtually with Giammattei to discuss border security; cooperation between the two countries’ law enforcement agencies to combat smuggling; establishing orderly channels for migrants; and creating an investment-friendly environment in the region.

The Biden-Harris administration has announced $310 million in humanitarian aid for the three countries. And last month, Harris announced initial commitments from 12 U.S. corporations, including Microsoft, Mastercard and Chobani, to support economic development in Latin America.

On Monday, Harris is also expected to meet with community leaders, workers, women entrepreneurs and U.S. embassy staff members to discuss economic security and the core factors of migration to “give people hope for a better life at home,” according to administration officials.

Last month, Harris met virtually with Mexican President Andrés Manuel López Obrador and agreed to collaborate on border security, human and workers’ rights — including forming or joining unions and combating human trafficking —and economic development in the Northern Triangle and southern Mexico. Harris is expected to meet with López Obrador and hold a conversation with women entrepreneurs as part of her itinerary.