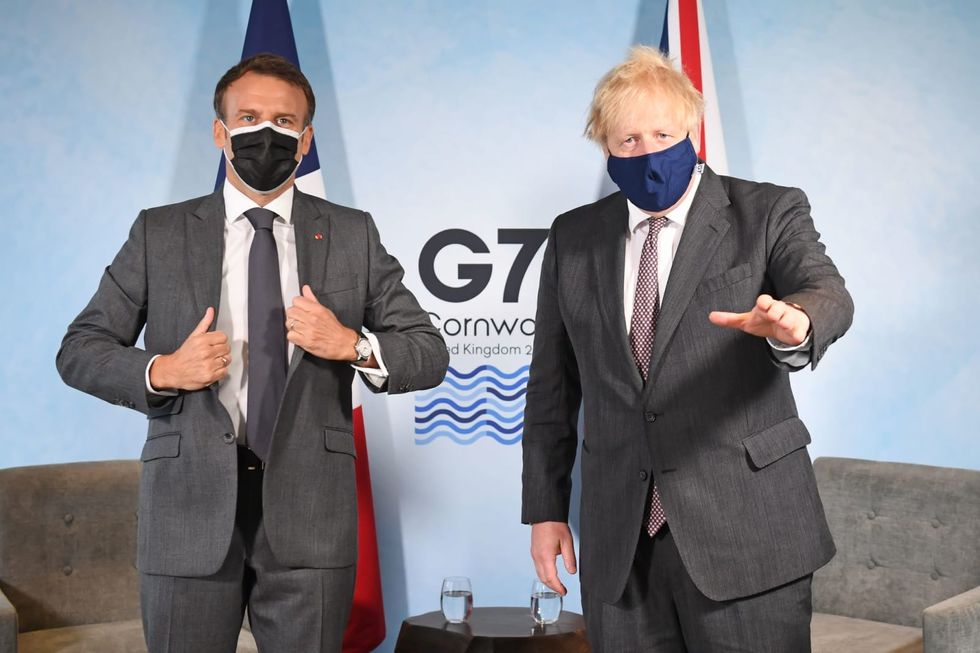 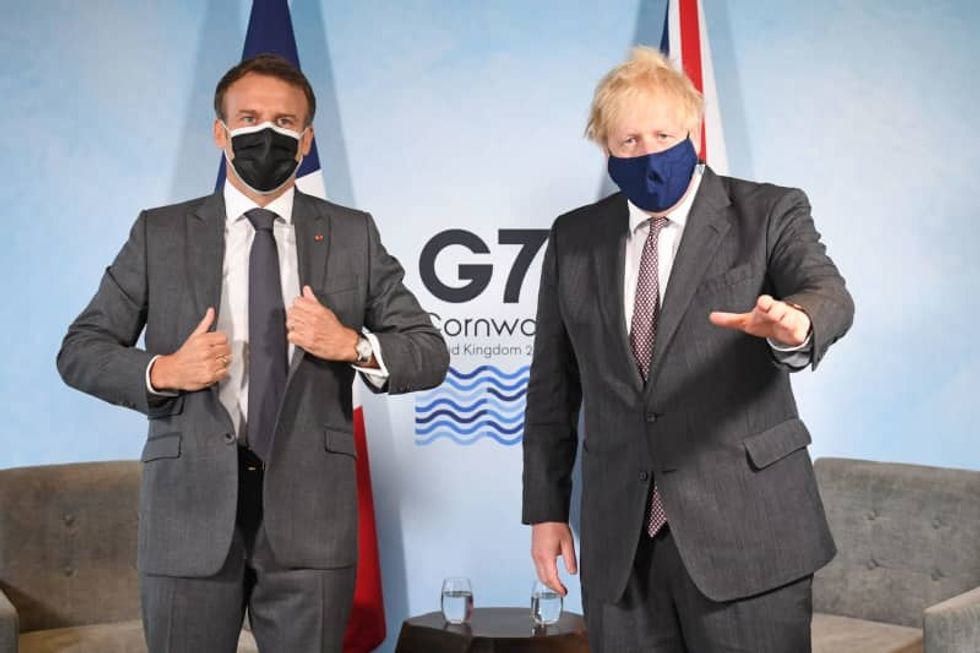 G7 Summit in England – UK Prime Minister Boris Johnson (R) receives French President Emmanuel Macron for a bilateral meeting on the sidelines of the G7 summit in Cornwall, which held from 11 to 13 June. – Stefan Rousseau/PA Wire/dpa

French President Emmanuel Macron called on London to stand by its promises to Europe and respect treaties with the EU, in a meeting with British Prime Minister Boris Johnson on Saturday, according to a statement by the Elysee Palace.

Macron wants to reset Franco-British relations, he said in the meeting on the sidelines of a G7 summit in Cornwall in south-western England.

Macron’s comments come weeks after a fishing dispute between London and Paris escalated off the Channel Island of Jersey, which is a British crown dependency but not part of the United Kingdom.

While tensions have ebbed since then, disagreements remain between Britain and the European Union over Northern Ireland, with neither side satisfied with the implementation of trade arrangements in Northern Ireland since Britain’s departure from the bloc.

Brussels complains London is yet to put in place a number of checks on goods agreed by both sides as part of Britain’s withdrawal from the EU, while London accuses the bloc of inflexibility as it grapples with a major transition.

In his talks with Johnson, Macron emphasized that France and Britain shared a vision and interests on important global issues, and also take a united approach to issues such as arms control.

The G7 comprises the United States, Britain, Germany, France, Italy, Japan and Canada. The EU is also joining the meetings, which are due to continue through to Sunday.