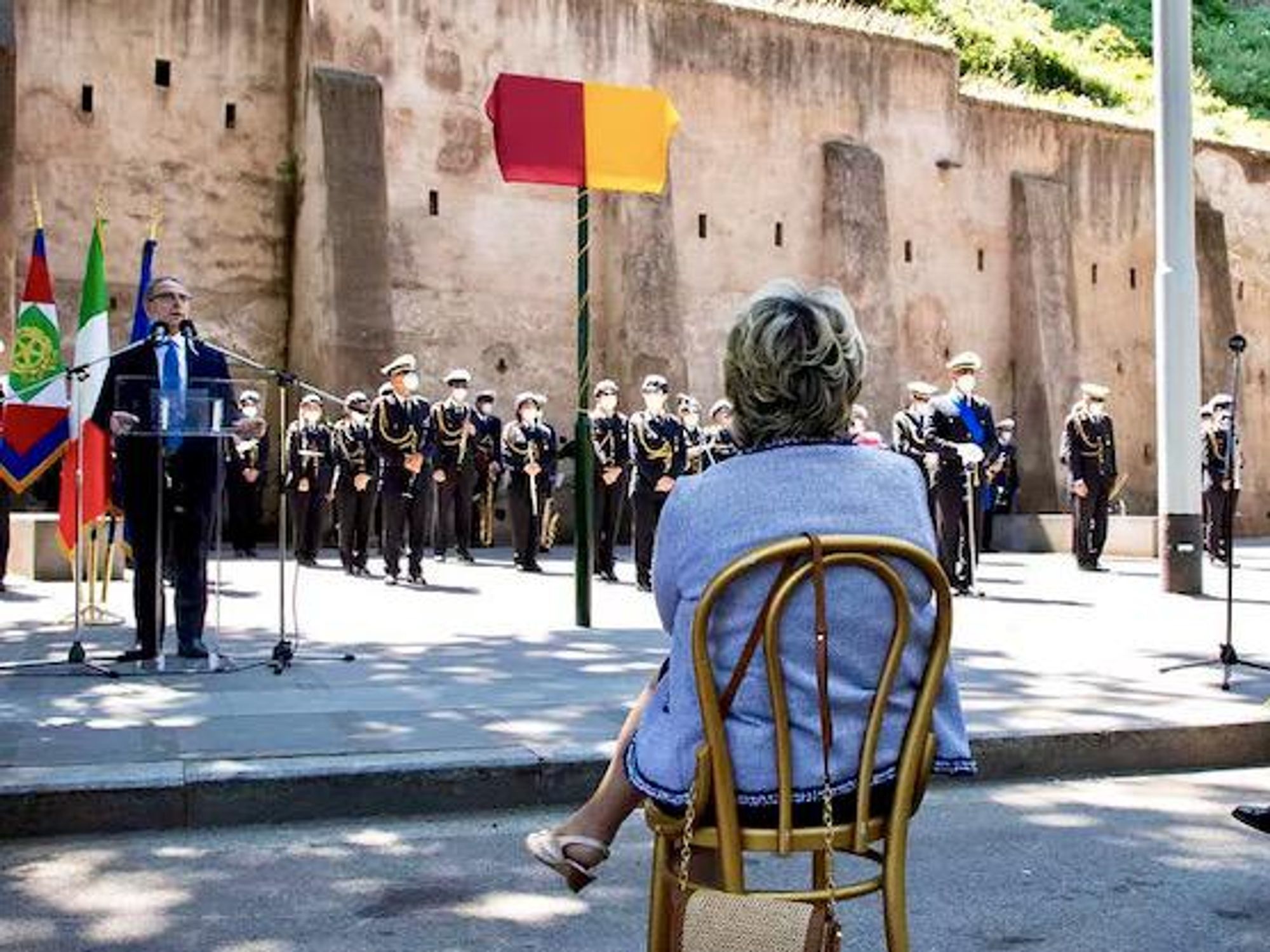 The city of Rome on Tuesday dedicated a square beside the River Tiber to a late Italian president, but spoilt the inauguration by misspelling one of his first names.

A marble street sign honoring Carlo Azeglio Ciampi was left veiled during an inauguration ceremony even as the misspelled “Azelio” was still visible through a drape of purple and gold, the official colors of the ancient city.

The blunder happened under the gaze of Italy’s current president Sergio Mattarella and other dignitaries including Ciampi’s two adult children, with a military brass band present.

The official excuse given by city hall for not unveiling the plaque during the ceremony was that it had been damaged during installation.

The street sign was replaced in a matter of hours, but only after the proceedings were over.

“I was only warned this morning, I immediately gave orders to install a new plaque which in fact is already in place,” said Mayor Virginia Raggi, who admitted there had been a misspelling and has faced ridicule on social media.

Ciampi, who died in 2016 aged 95, was president during 1999-2006. He previously served as prime minister and head of the bank, and was also a finance minister who helped Italy qualify for the eurozone in the late 1990s.

The square named after him is a pedestrian space on the embankment of the Tiber River and at the foot of the Aventine hill, normally used by skateboarders.