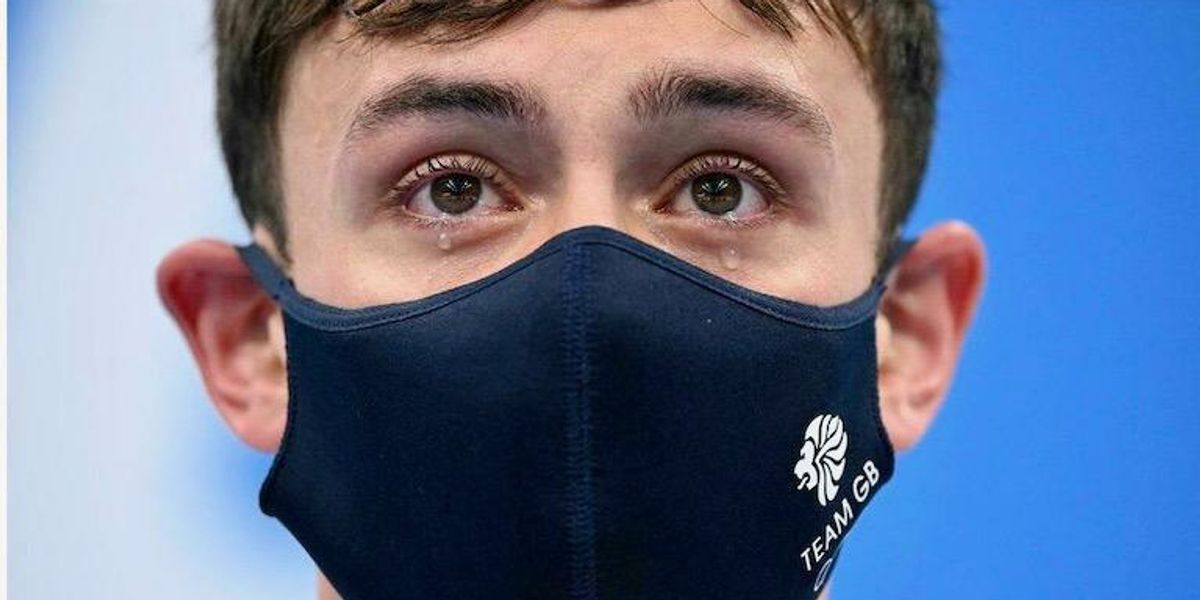 Britain’s Tom Daley paid tribute to his late father after he and Matty Lee narrowly edged out hot favourites China to win gold in the synchronised 10m platform diving at the Tokyo Olympics on Monday.

Daley, 27, who revealed that he might have missed the Games after knee surgery, wiped away tears on the podium as he finally added gold to the bronzes he won at the London 2012 and Rio 2016 Games.

China’s Chen Aisen and Cao Yuan, both already twice Olympic gold medallists, were in pole position for another title until they made a mess of their fourth dive of six.

Daley, one of Britain’s most recognisable athletes and a prominent voice on gay rights, and Lee took full advantage to deny the all-powerful Chinese their hopes of a golden sweep in diving in the Japanese capital.

The Britons held their nerve on the last dive to win the final with 471.81 points, with the Chinese a narrow second on 470.58 and the Russians Aleksandr Bondar and Viktor Minibaev a distant third.

Lee, 23, who said that Daley had been his idol growing up, was left praying pool-side as the scores for China’s last dive confirmed that the British pair had won.

The thoughts of Daley, who is now at his fourth Olympics, quickly turned to his father, Rob. He died of cancer in 2011, aged 40.

“He never saw me win an Olympic medal, get married, have a child, teach me to drive, have a pint down the pub,” Daley said.

“My journey started in Plymouth (in Britain), back in 2001, when I went to a local diving pool and thought it was cool to see divers doing somersaults on the board.

“I decided that I wanted to try it and I pestered my dad to take me to the diving pool.”

Daley, who admitted that he feared he had missed his best chance of gold at Rio five years ago, added that “I know he would have been extremely proud how I have become Olympic champion. It was always our dream growing up.

“He took me to every training session, every competition, he was always there.”

There were suggestions in the build-up to Tokyo that Daley might retire after these Games, but he played down that prospect.

He still has the individual 10m platform to compete in at the Japanese capital.

Daley, who has grown up in the public eye after emerging as a prodigious talent as a teenager, said that his Games had been in jeopardy after having surgery in early June on his knee.

“There was a chance I wasn’t actually going to be here in the first place,” said Daley.

Daley, who is married to Oscar-winning filmmaker Dustin Lance Black, hopes he and other victorious Olympians can help the younger generation who may be struggling with their sexual identity.

“I hope that it can give young kids hope and not feel so frightened and scared and alone,” he added of his feat.

“And to be able to see that whoever you are, no matter where you come from, you can become an Olympic champion — because I did it.”

Lee, who is at his first Olympics, called Daley an inspiration since childhood and now his best friend.

“I remember running up to him and asking him for photos and signatures,” said Lee.