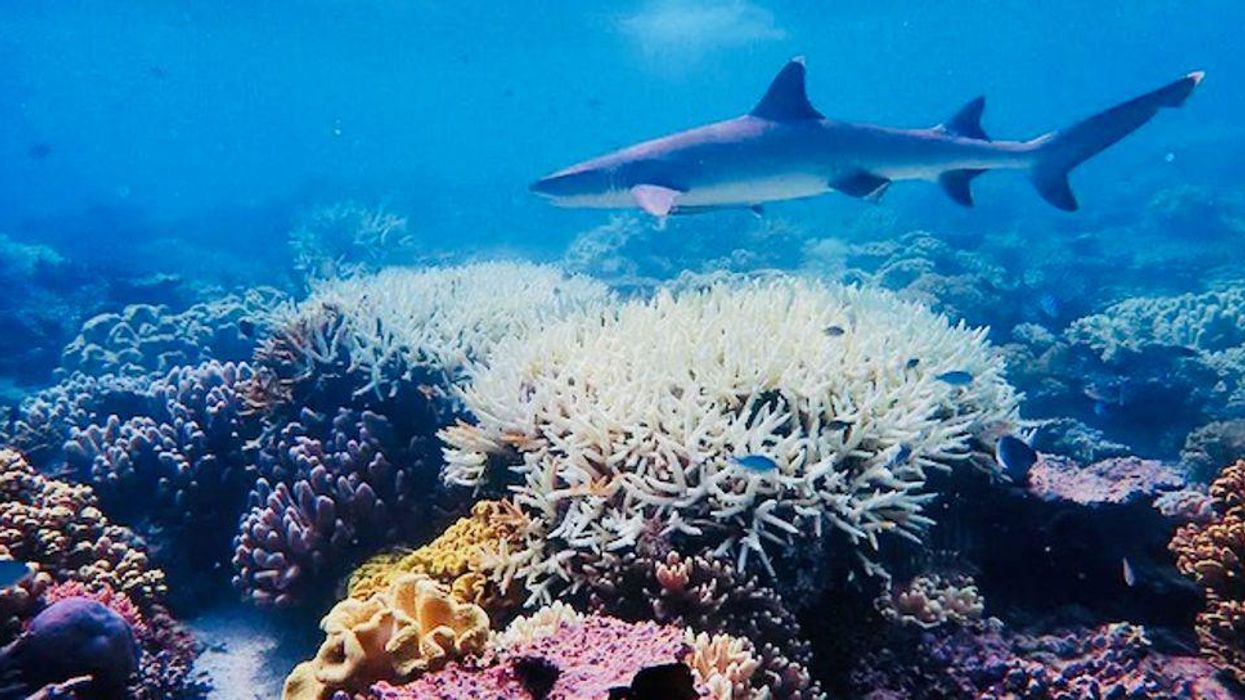 After years of climate-worsened damage to its vibrant corals, Australia’s vast Great Barrier Reef could this week be added to UNESCO’s list of endangered World Heritage sites.

Along with six other sites globally that are grappling with issues like ecological damage, overdevelopment, overtourism or security concerns, the reef’s fate is being considered at a meeting in China, with a decision on the listing likely to be announced on Friday.

There are more than 1,100 UNESCO World Heritage sites worldwide recognized for their “outstanding universal value” and natural or cultural importance.

The Great Barrier Reef — the world’s largest living structure, visible from space — was added to the list in 1981 for its “superlative natural beauty” and extensive biodiversity.

But the list is not permanently fixed and sites can be downgraded or even deleted entirely on the UN body’s recommendation.

While placement on the “in-danger” list is not considered a sanction — some nations have their sites added to gain international attention to help save them — others see it as a dishonor.

– Why could the reef lose its status? –

The reef has suffered three mass coral bleaching events in the past five years, by some measures losing half its corals since 1995 as ocean temperatures have climbed.

It has also been battered by several cyclones, as climate change drives more extreme weather, and outbreaks of crown-of-thorns starfish which eat the coral.

“It’s a warning to the international community and all of humanity that the coral ecosystem is in danger,” Fanny Douvere, the head of UNESCO’s World Heritage marine program, said in June.

Australian government scientists say the corals have made a comeback over the past year, but acknowledge that will not improve the ecosystem’s “very poor” long-term outlook.

– What does Australia say? –

There are fears that an “in danger” listing could dent the massive global appeal of the reef — the glittering jewel in Australia’s tourism crown.

The 2,300-kilometer-long (1,400-mile-long) ecosystem was worth an estimated US$4.8 billion a year in tourism revenue for the Australian economy before the coronavirus pandemic.

The committee is currently made up of 21 member states — including China, Russia and Australia itself — who will vote on the UN cultural agency’s recommendation.

– What is the likely outcome? –

This is not the first time the UN has threatened to downgrade the reef’s World Heritage listing — furious lobbying by Australia prevented it in 2015.

While UNESCO has acknowledged these efforts, it has also taken aim at Australia for its lackluster climate efforts as the government continues to resist calls to commit to net zero emissions by 2050.

The decision now rests in the hands of the World Heritage Committee, but 12 other countries have proposed delaying the decision until 2023, after reported lobbying from Australian officials.

With 14 votes required to pass that submission, Australia would need to find just one other member to back that position, assuming it also votes in favor.