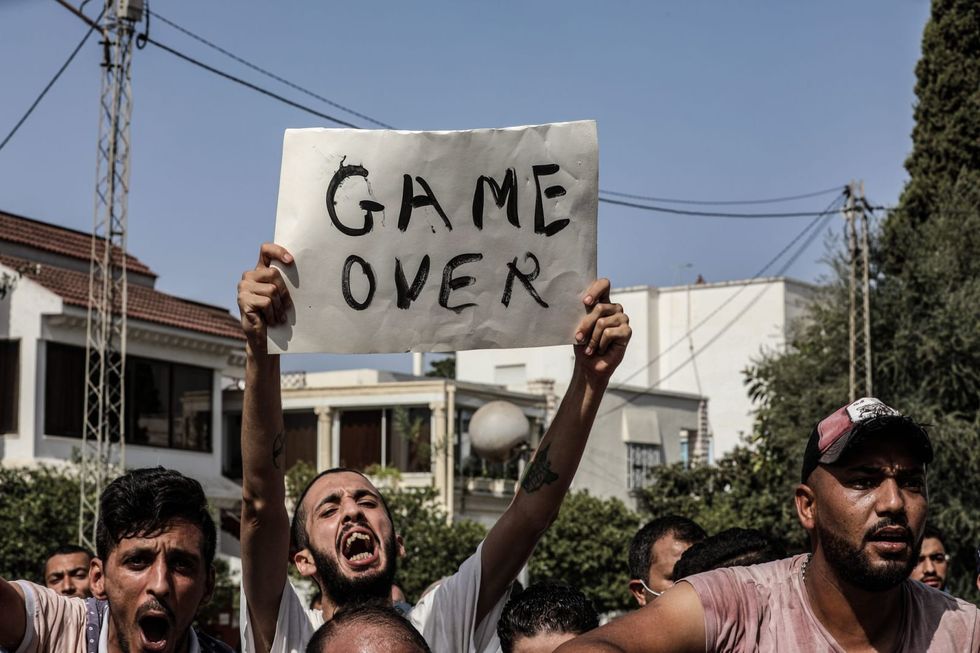 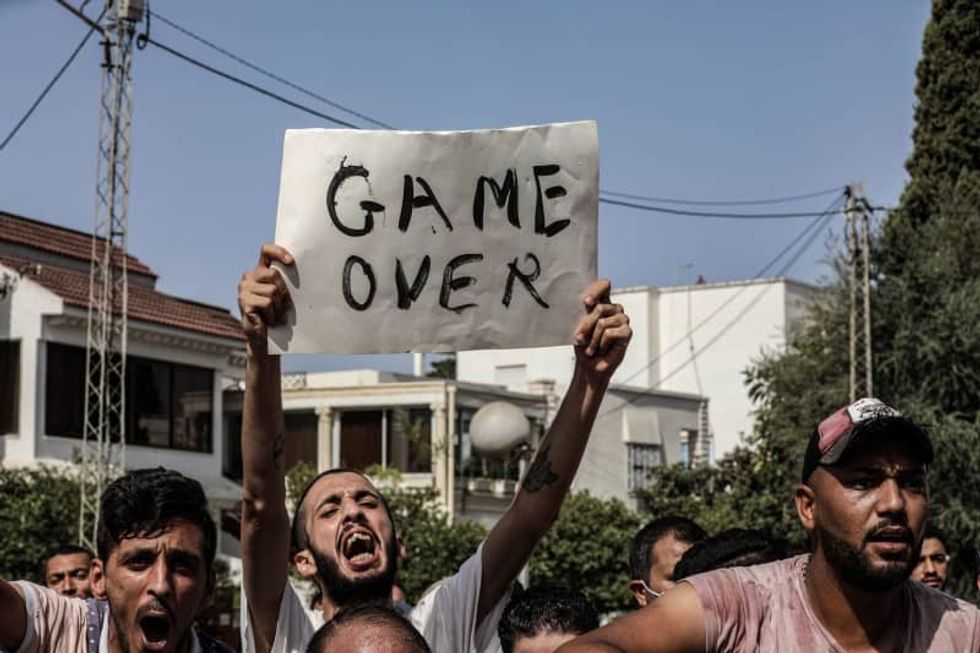 President suspends parliament in Tunisia – Supporters of Tunisian President Kais Saied chant slogans during a protest in front of the Parliament building, denouncing Rached Ghannouchi, Parliament Speaker and President of the Islamist Ennahda Movement, after President Saied sacked the prime minister and suspended the parliament the night before. – Khaled Nasraoui/dpa

Tensions spread on the streets and divisions dominated the political scene in Tunisia on Monday, after President Kais Saied’s decision to sack the prime minister and suspended parliament.

A day earlier, Saied announced he was assuming executive authority along with a new prime minister to replace Hichem Mechichi.

The decisions come amid deepening political, health and economic crises in the country.

Military forces were deployed around the government’s offices in Tunis in the morning. Employees were stopped from entering the building, a source at the Cabinet told dpa.

Supporters of the Ennahda movement, Tunisia’s largest political party, gathered outside parliament on Monday after the party called for protecting “the revolution and people’s will.”

Ennahda leader and head of parliament Rached Ghannouchi and other lawmakers tried to enter the building early on Monday, but were stopped by the military.

“We are the military, implementing instructions … that parliament is closed,” a member of military personnel was heard telling them in a video posted by Ennahda.

Some protesters climbed the closed gate of parliament shouting “open the door,” while an armoured vehicle was parked behind it.

Shortly after, police pushed protesters away from the gate.

Ennahda lawmaker ‎Noureddine Bhiri shared a video online as he joined the protesters while shouting: “The people want to overturn the coup.”

Others were chanting, “Supporting legitimacy is a must.”

Al Arabiya television reported that Saied’s supporters also gathered near parliament, leading to scuffles between the two sides, until security forces separated them.

Tunisia has experienced an economic slowdown due to public unrest and attacks by militant insurgents since an uprising that inspired the Arab Spring revolts of 2010-11.

Saied, an ex-law professor who took office in 2019, has been locked in a political dispute about the powers of the government and parliament.

His decisions on Sunday came hours after protesters took to the streets in several parts of the country, demanding the government resign and the parliament be dissolved.

Speaking to media, Saied denied accusations this is a coup.

“What happened is not a coup. How can a coup be based on a constitution or the law?” Saied said.

The presidency said the parliament would be suspended for 30 days, though Saied told reporters the 30-day period can be extended if needed “until the situation settles down.”

His supporters celebrated in the Tunisian capital at night, setting off fireworks, honking car horns and waving the national flag.

However, the measures left his two main allies in parliament divided.

The People’s Movement party hailed his move as “a path towards correcting the course of the revolution which has been violated by anti-revolutionary forces, led by Ennahda.”

However, the Democratic Current party rejected the president’s measures and called for unifying efforts to get the country out of the crisis by respecting democracy, human rights and fighting political corruption.