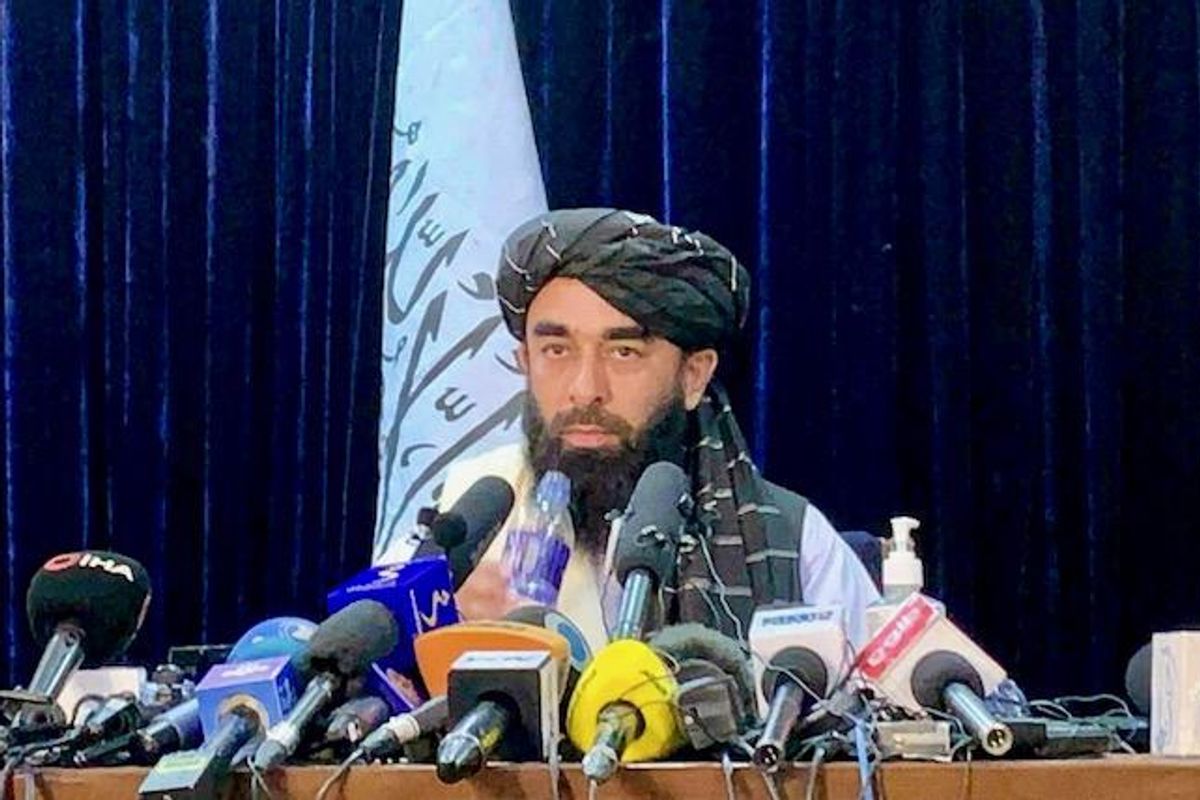 The Taliban vowed Tuesday to respect women’s rights, forgive those who resisted them and ensure a secure Afghanistan as part of a publicity blitz aimed at convincing world powers and a fearful population that they have changed.

Following a lightning offensive across Afghanistan that saw many cities fall to the insurgents without a fight, the Taliban have sought to portray themselves as more moderate than when they imposed a brutal rule in the late 1990s. But many Afghans remain sceptical, and thousands raced to the airport on Monday, desperate to flee the country.

Older generations remember the Taliban’s ultraconservative Islamic views, which included severe restrictions on women as well as public stonings and amputations before they were ousted by the US-led invasion following the September 11, 2001, terror attacks.

As others have in recent days, spokesman Zabihullah Mujahid addressed these concerns head-on in his first news conference Tuesday.

Mujahid, who had been a shadowy figure for years, promised the Taliban would honour women’s rights, but within the norms of Islamic law, though he gave few details. He said the group wanted private media to “remain independent”, but stressed journalists “should not work against national values”.

And he promised the insurgents would secure Afghanistan – but seek no revenge against those who worked with the former government or with foreign governments or forces.

“We assure you that nobody will go to their doors to ask why they helped,” he said.

Earlier, Enamullah Samangani, a member of the Taliban’s cultural commission, made similar promises, saying the Taliban would extend an “amnesty” without giving details and encouraging women to join the government.

The capital of Kabul remained quiet for another day as the Taliban patrolled its streets and many residents stayed home, fearful after the insurgents’ takeover saw prisons emptied and armouries looted. Many women have expressed dread that the two-decade Western experiment to expand their rights and remake Afghanistan would not survive the resurgent Taliban.

Germany, meanwhile, halted development aid to Afghanistan over the Taliban takeover. Such aid is a crucial source of funding for the country – and the Taliban’s efforts to project a milder version of themselves may be aimed at ensuring that money continues to flow.

While the Taliban pledged not to go after their enemies, there are reports that fighters have lists of people who cooperated with the government and are seeking them out. A broadcaster in Afghanistan said she was hiding at a relative’s house, too frightened to return home much less return to work following reports that the insurgents are also looking for journalists. She said she and other women didn’t believe the Taliban had changed their ways. She spoke on condition of anonymity because she feared for her safety.

Samangani addressed the concerns of women, saying the Taliban were ready to “provide women with environment to work and study, and the presence of women in different (government) structures according to Islamic law and in accordance with our cultural values”.

That would be a marked departure from the last time the Taliban were in power, when women were largely confined to their homes.

In another sign of the Taliban’s efforts to portray a new image, a female television anchor on the private broadcaster Tolo interviewed a Taliban official on camera Tuesday in a studio – an interaction that once would have been unthinkable. Meanwhile, women in hijabs demonstrated briefly in Kabul, holding signs demanding the Taliban not “eliminate women” from public life.

Rupert Colville, a spokesman for the United Nations’ high commissioner for human rights, noted both the Taliban’s vows and the fears of everyday Afghans.

“Such promises will need to be honoured, and for the time being – again understandably, given past history – these declarations have been greeted with some skepticism,” he said in a statement. “There have been many hard-won advances in human rights over the past two decades. The rights of all Afghans must be defended.”