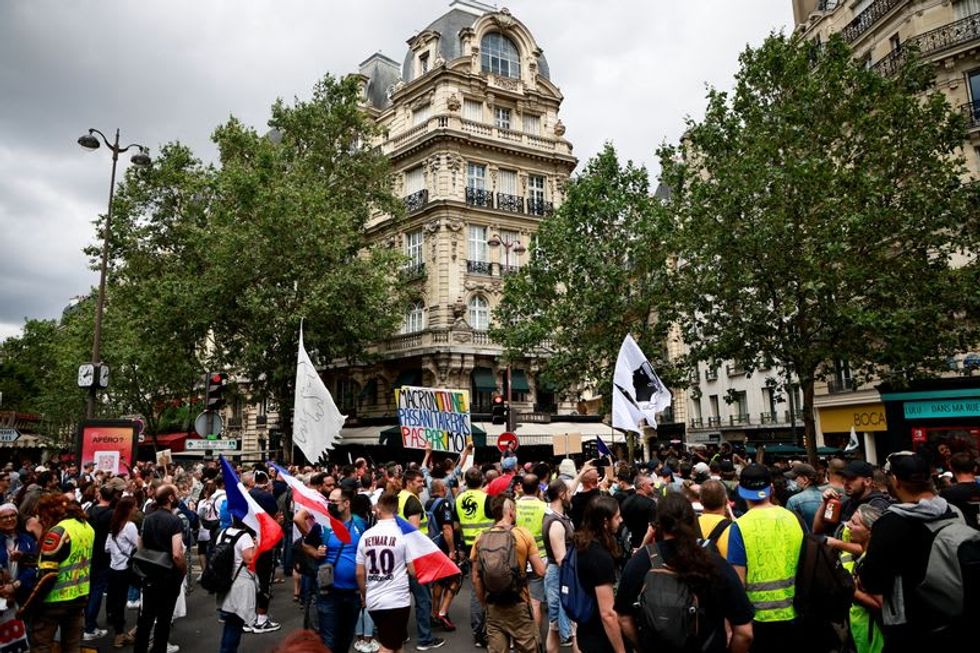 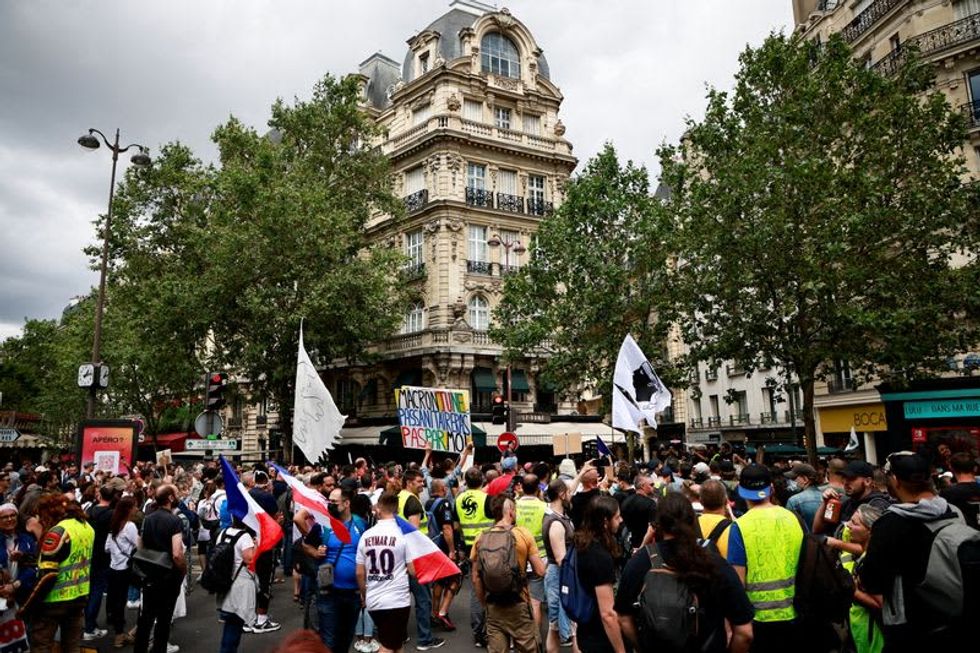 By Lea Guedj and Yiming Woo

PARIS (Reuters) – Thousands of people protested in Paris and other French cities on Saturday against a mandatory coronavirus health pass for entry to a wide array of public venues, introduced by the government as it battles a fourth wave of infections.

It was the third weekend in a row that people opposed to President Emmanuel Macron’s new COVID-19 measures have taken to the streets, an unusual show of determination at a time of year when many people are focused on taking their summer break.

The number of demonstrators has grown steadily since the start of the protests, echoing the “yellow vest” movement, that started in late 2018 against fuel taxes and the cost of living.

An interior ministry official said 204,090 had demonstrated across France, including 14,250 in Paris alone. This is about 40,000 more than last week.

“We’re creating a segregated society and I think it is unbelievable to be doing this in the country of human rights,” said Anne, a teacher who was demonstrating in Paris. She declined to give her last name.

“So I took to the streets; I have never protested before in my life. I think our freedom is in danger.”

Visitors going to museums, cinemas or swimming pools are already denied entry if they cannot produce the health pass showing they have been vaccinated against COVID-19 or have had a recent negative test.

Parliament approved a new law this week that will make vaccinations mandatory for health workers and extend the health pass requirement to bars, restaurants, trade shows, trains and hospitals.

About 3,000 police officers were deployed in the capital, with anti-riot officers striving to keep demonstrators on authorised routes.

Authorities sought to avoid a repeat of events last week, when scuffles between police and demonstrators broke out on the Champs-Elysees.

Protesters were also out in other cities like Marseille, Lyon, Montpelier, Nantes and Toulouse, shouting “Freedom!” and “No to the health pass!”. 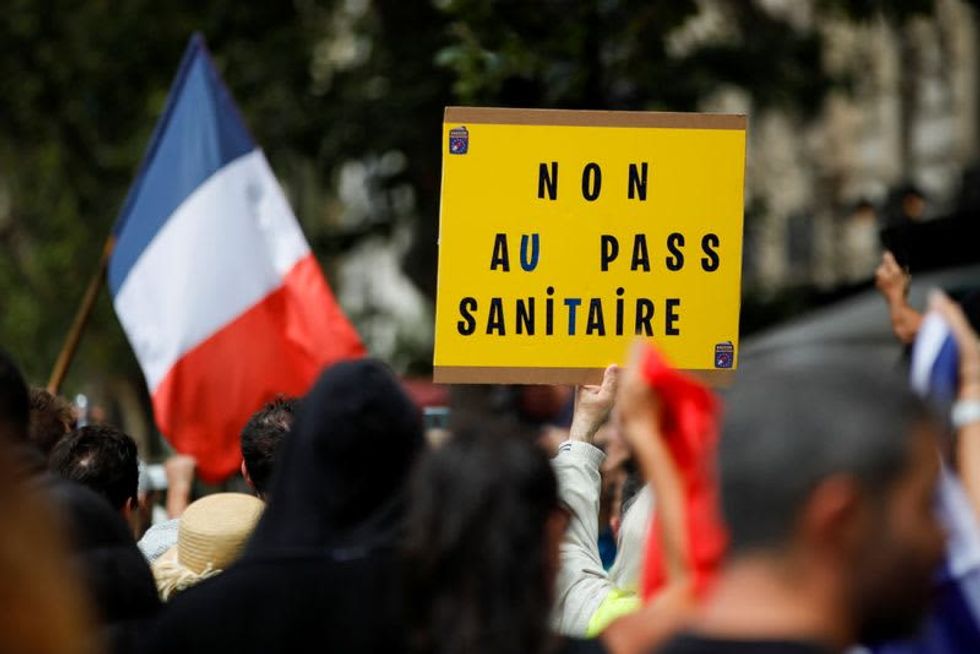 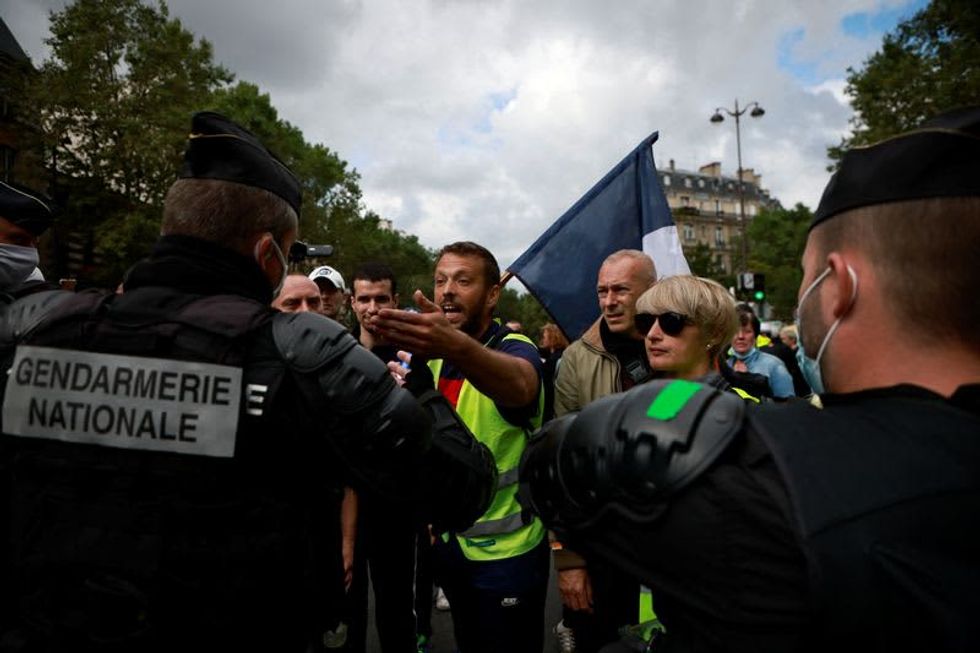 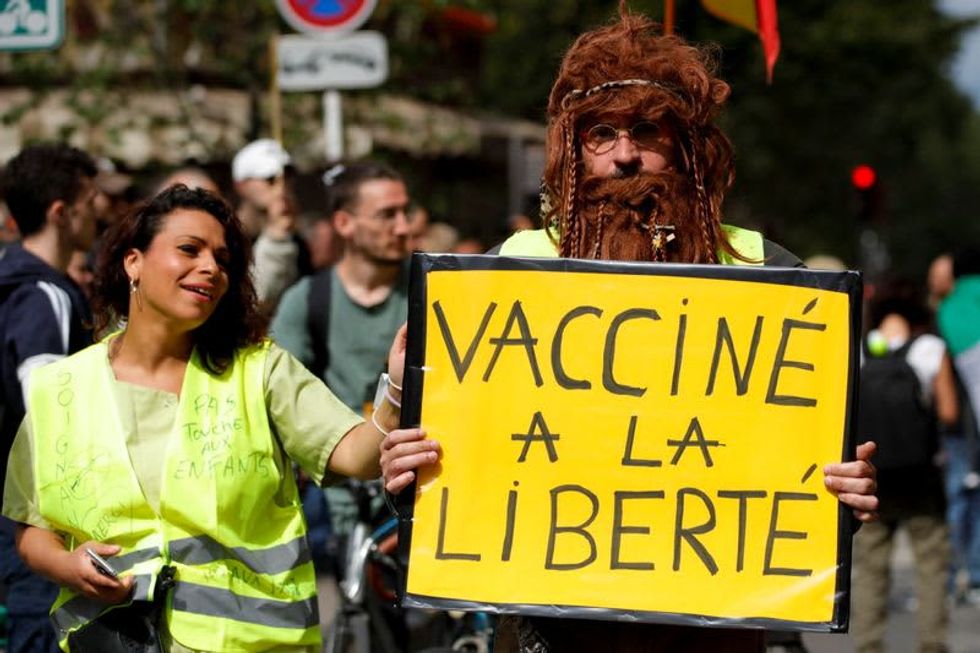