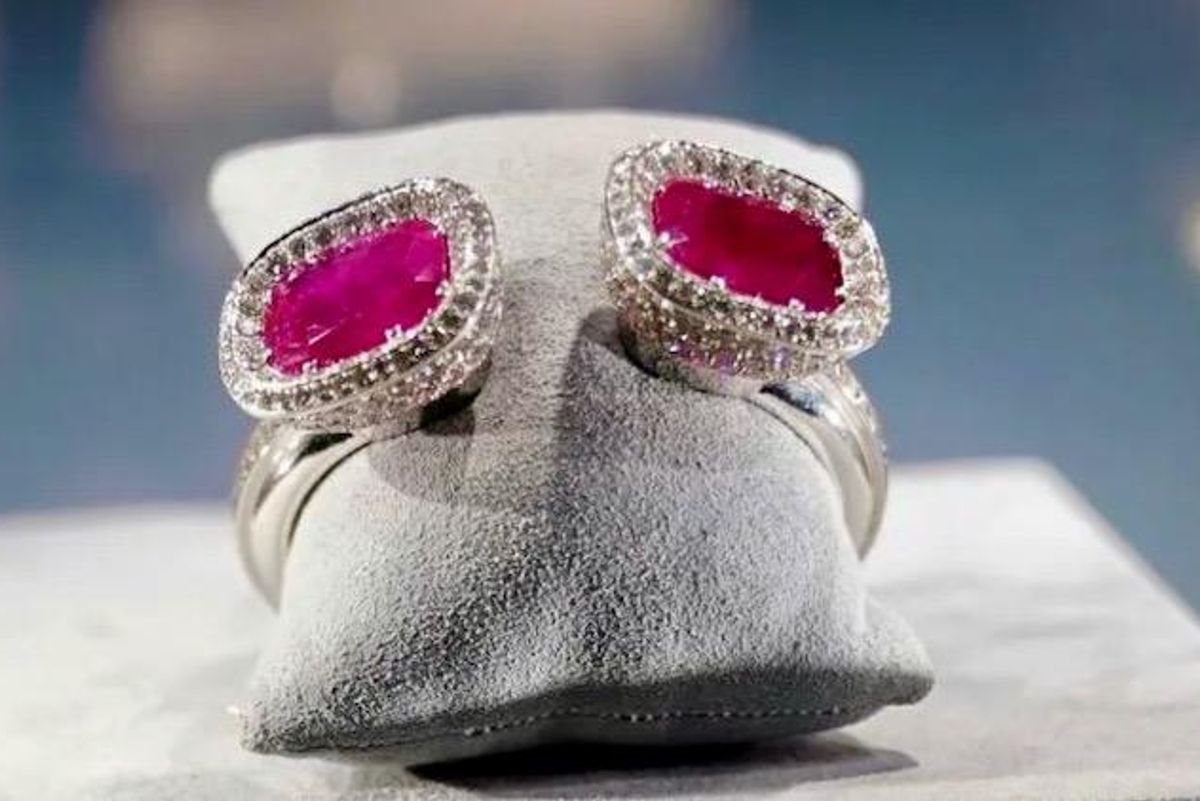 A bejeweled Cartier bangle that the Duke of Windsor gave his wife Wallis Simpson on their first wedding anniversary in 1938 has gone on display in New York.

The ruby and diamond bracelet is expected to sell for between $1 million and around $2 million when Christie’s puts it up for auction in Geneva on November 9.

Edward VIII famously abdicated the British throne in December 1936, just months into his reign, so he could marry Simpson, a twice-divorced American.

He became the Duke of Windsor and wed Simpson in France on June 3, 1937, gifting her the bangle exactly a year later.

“For our first anniversary of June third,” reads an inscription engraved inside the jewels.

In a press release, Christie’s described the Duchess of Windsor’s bangle as “a sleek and sophisticated reinterpretation of the Art Deco style.”

It will appear at a public sale for the first time since 1987, the auction house added.

At the “Magnificent Jewels” auction in Geneva, Christie’s will also put two bracelets belonging to French queen Marie-Antoinette under the hammer.

The bracelets, coated with 112 diamonds in total, will be sold together and are estimated to fetch between $2-4 million.