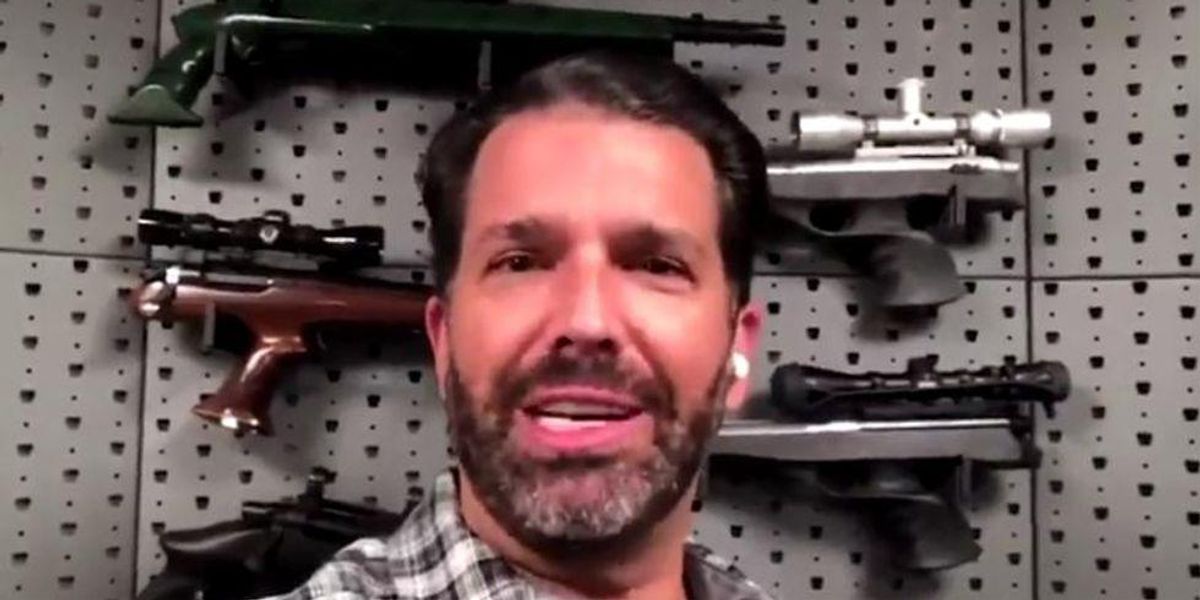 The group of them were duped by a self-described comedian who posted a blurry video showing a man dangling from a rope attached to a helicopter. The comedian captioned it as: “Taliban hanging someone from a helicopter in Kandahar.”

“Nobody was executed on the Kandahar helicopter flight depicted in the viral videos,” said Dale. “Other footage shows that the man dangling from the helicopter was wearing a harness around his body, not a noose around his neck, and that he was moving freely — even appearing to wave.”

Donald Trump Jr. has changed his Twitter banner to a Biden-mocking image featuring a man appearing to be hanged fro… https://t.co/IY7T8Eh8Rc