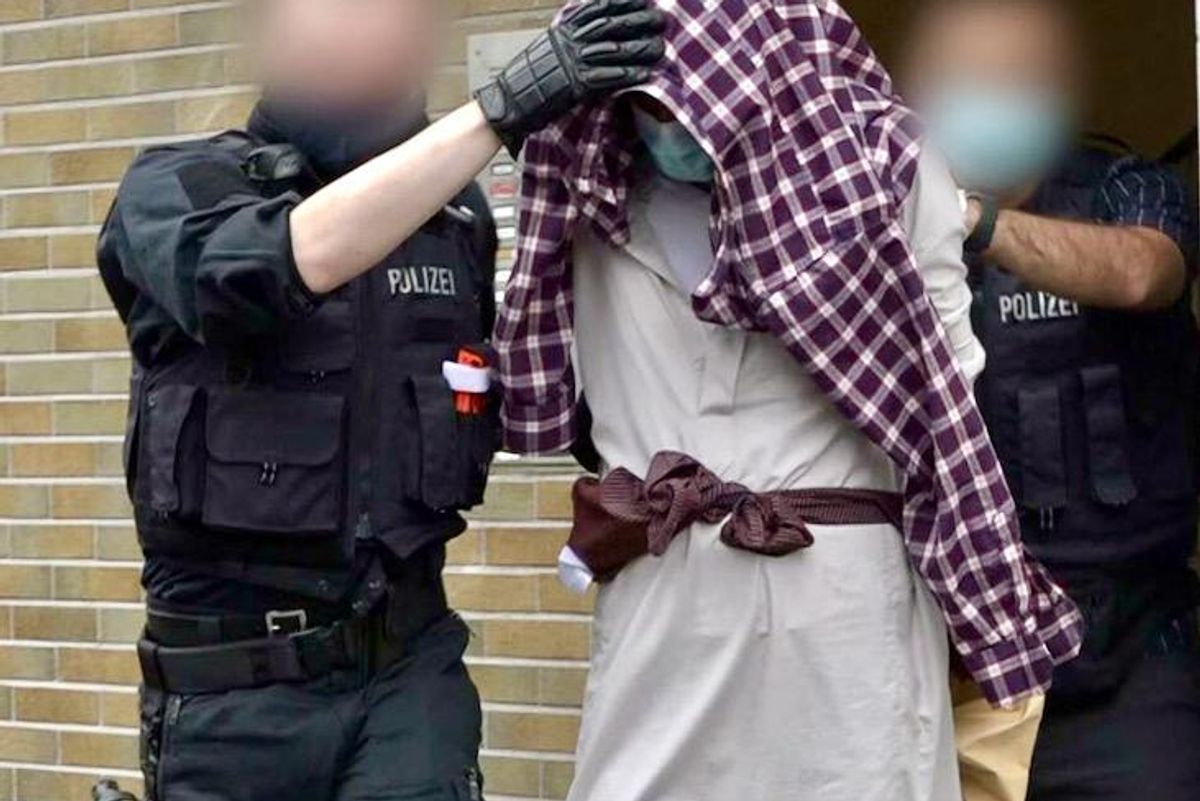 A 16-year-old boy and three other people were detained Thursday in connection with a suspected plan for an Islamic extremist attack on a synagogue in the German city of Hagen, authorities said.

The detentions took place on Yom Kippur, the holiest day in Judaism, and two years after a deadly attack in another German city on the Yom Kippur holiday.

Police cordoned off the synagogue on Wednesday and a worship service planned for the evening was called off.

Officials had received “very serious and concrete information” that there could be an attack on the synagogue during Yom Kippur, said Herbert Reul, the interior minister of North Rhine-Westphalia state, where Hagen is located. The tip pointed to “an Islamist-motivated threat situation”, and named the possible timing and suspect, he added.

Police using sniffer dogs found no dangerous objects in or around the synagogue, Reul said. On Thursday morning, the 16-year-old, a Syrian national who lives in Hagen, was detained. Three other people were detained in a raid on an apartment, and authorities are investigating whether they were involved in the suspected plan, the minister said.

He said the synagogue had called off its celebration of Yom Kippur, when observant Jews hold overnight vigils. The tip-off had included details of the timing of an attack, he added.

North Rhine-Westphalia state premier, Armin Laschet, said the foiled attack likely had an Islamist motive. “It appears that prior to today on Yom Kippur, an Islamist motivated attack was averted,” he said. “We will do everything we can to clarify which networks may have been behind” the plot, he added.

News magazine Der Spiegel reported, without identifying sources, that the tip came from a foreign intelligence service. It said the teenager told someone in an online chat that he was planning an attack with explosives on a synagogue, and the probe led investigators to the 16-year-old, who lived with his father in Hagen.

Two years ago on Yom Kippur, a German right-wing extremist attacked a synagogue in the eastern German city of Halle. The attack on is considered one of the worst anti-Semitic assaults in the country’s post-war history.

The attacker repeatedly tried, but failed, to force his way into the synagogue with 52 worshippers inside. He then shot and killed a 40-year-old woman in the street outside and a 20-year-old man at a nearby kebab shop as an “appropriate target” with immigrant roots.

He posted an anti-Semitic screed before carrying out the October 9, 2019, attack and broadcast the shooting live on a popular gaming site.

“It is intolerable that Jews are again exposed to such a horrible threat and that they cannot celebrate the start of their highest holiday, Yom Kippur, together,” the minister said.